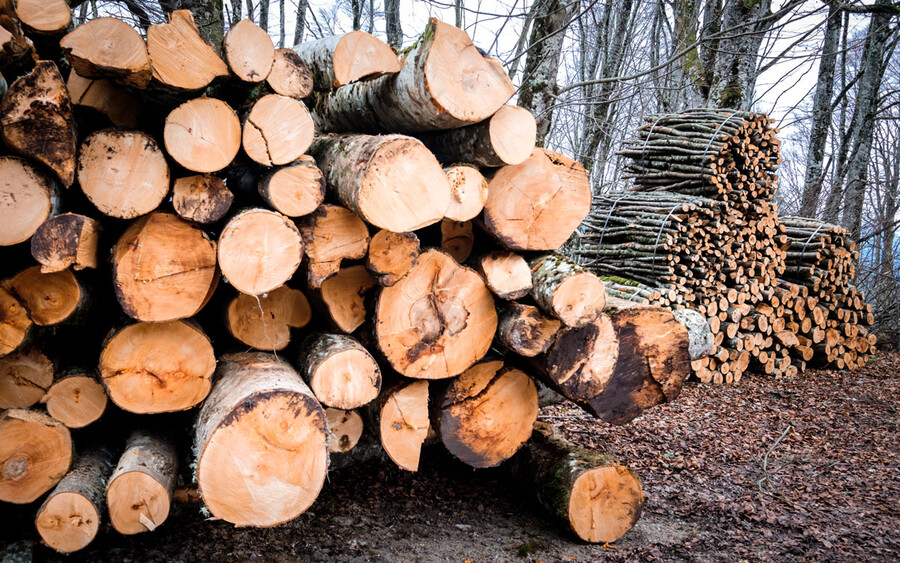 The second life of the trees felled by storm Vaia enters our daily life thanks to several ideas and projects, which have a very noble target – the rebirth and the restart of the forests that at the end of October 2018 had been devasted by the fury of the wind. After Itlas bought the felled Beeches of the forest of Cansiglio and used them to produce its wooden flooring, Assi del Cansiglio, many brands and famous designers, as well as young start-ups, followed.

Swedish Ikea featured a limited edition of its iconic bookcase Billy, making it “blooming” at the Botanic Garden in Rome and in the park of Villesse library and launching #EffettoVAIA to encourage visitors to provide tales of rebirth. The squirrel of Cortina 2021 Alpine World Ski Championship has been produced with the Vaia reclaimed wood. At Redagno di Sopra, in South Tirol, the wood coming from the firs felled during the awful event, which crashed 16millions trees along the boundaries between Veneto, Trentino Alto Adige and Friuli Venezia Giulia, has been cut, processed and used to build two tiny architectures – the Meadow Houses – which enlarge the space of Hotel Zirmerhof. Here Larches have been employed on floorings and indoor walls, as well as the rooftop, thanks to an ancient building technique. The outcome is a holistic message, combining art, architecture and design.

Three young men not yet in their thirties designed a phone amplifier called Vaia Cube. With no electrical components, its outer part is made of Val di Fassa spruce (a precious red spruce, which had always been used to produce violins) while the inside is in Larch. They contributed with their brain, the local carpenters with their knowledge and ability in artisanship. The hollow structure orients the sound of the phone in one single direction, while the particular carving amplifies it. A cooperation to reclaim the wood but also to give new life to the forests – for each amp that is sold a new tree is planted. And this object of design (each cube is a unique specimen) has a good sales record.

More: Legnolandia at Forni di Sopra, in the province of Udine, furnished with Vaia wood the beaches in the North-east. From the walkways on Caorle’s beaches, to the areas devoted to smokers in the first Italian smoke-free beach, at Bibione, down to the bicycle racks in Lignano.

Ascotrade, multiutility based in the Treviso province, also promoted a contest where the environmental and solidarity aspect should have been part of the project – among the winners, the ASD Sport Assi of Belluno proposed to make the slides for the Paralympic bowl using the Vaia reclaimed wood, with the aim of having them manufactured by a local school.

These are only some of the projects and ideas born in these latest two years. A recovery of the wood that goes beyond the sustainable consumption and that has a vision for the future, contributing to the change from a vertical economy to a circular one. Doing better by using less, as in Goal 12 of UN Agenda 2030 -where all Countries are required to use more efficiently the natural resources. One of the roads to get to a positive effect on the world is this too – coping with a natural disaster such as Vaia by creating value.