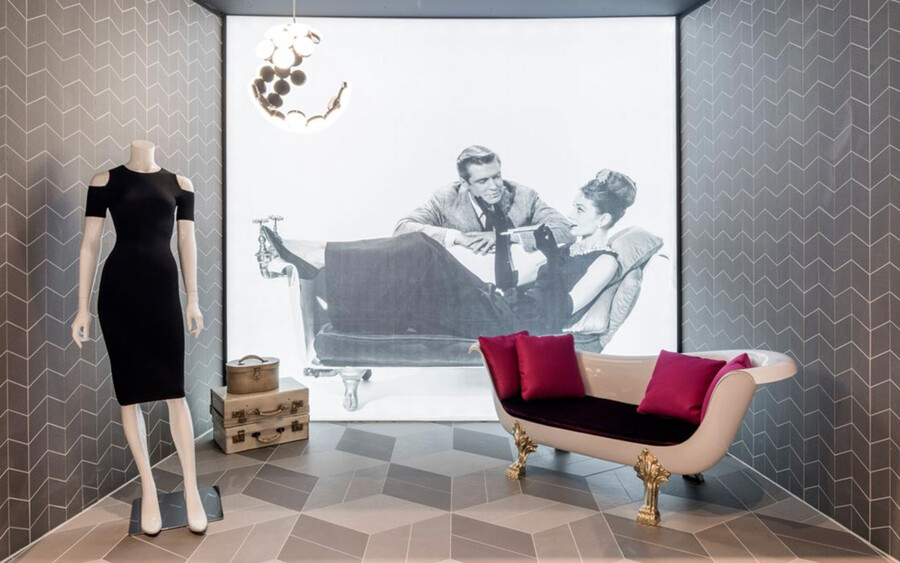 Until September 16 at ADI Design Museum

We were well aware that this was among the most beautiful exhibitions staged at Cersaie in these latest years. But the prize Honourable Mention at the XXVI edition of Compasso d’Oro  –  the oldest and most prestigious world design award - that was a surprise.

ADI –Association for Industrial Design – bestowed the coveted prize to Milleluci-Italian Style Concept, B2B exhibition featured at the 2017 edition of the Bologna show with Itlas among its partners. A very valuable award, which states the primary role of Cersaie in the design world and which witness the excellence of the Italian productive system.

“ADI prize has been a great award that we want to share with our sponsors since, thanks to their contribution, it has been possible to achieve the design of the exhibition “ said curators Angelo Dall’Aglio and Davide Vercelli, who collected the prize at the ADI Design Museum, where all products given the Compasso d’Oro Award or the Honourable Mention are displayed – these products will enter the Collection ADI Compasso d’Oro, which on April 22nd 2004 was mentioned by the Ministry for Cultural Heritage and Activities as of “exceptional artistic and historical interest”. The exhibition will be open until September 16th.

Milleluci, fourth collective B2B exhibition signed by Cersaie, was inspired and took its name from the renowned TV programme led in 1974 by Mina and Raffaella Carrà. An innovative format, which curators wanted to reproduce by dividing the exhibition in ten sets, each one linked to a cinema or theatre genre, exactly as Milleluci was in eight episodes each one with a specific theme. Every set was an engine for economics, introducing several high range companies to an international audience of buyers and professionals always looking for creative hints.