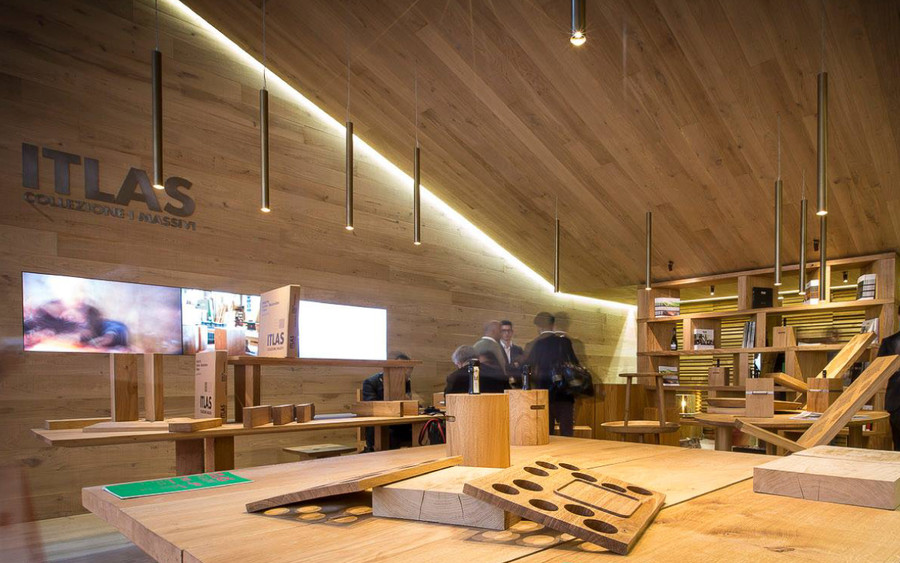 For Italy, coming out from the dark and devasting years of Second World War coincided with a strong push towards building reconstruction. The long conflict had left heavy scars on the cities and the lands. A great need of building new dwellings, large buildings that in the early Sixties needed to be filled – with people but with furniture too.

A furniture industry, the Italian one, made of many small companies that needed to be known by customers. Italian entrepreneurs took the hint for Germany, where in 1960 for the same reasons “Koelnmesse” – the historical exhibition in Koeln for home and furniture – reopened its doors. It was a success and Italy tried to do the same. A year later, in 1961, the first edition of Salone del Mobile was inaugurated at Fiera di Milano – 328 companies were present, with 12,000 visitors, of whom 800 came from foreign countries.

Since then, starting from the period when the Italian economic “boom” of the Sixties began, a long road has been covered. Nowadays, Salone del Mobile is the main international event for the design furnishing sector. In 1967 it crossed national borders – success grew definitely from 1991 and in 1994 it was declared the first exhibition of its kind, all over the world.

After the several editions that took place at Fiera di Milano first and then in the trade fair site, since 2005 Salone del Mobile has been transferred to Rho in the new headquarters designed by Massimilano Fuksas.